What an utter load of twatwaffle no doubt disguised as High Literature because there is a load of teens fucking in it, it described in all kind of visuals and all this done by a female author.

What a disappointment. This is one of those titles that drew my eye, lost my attention because of the summary, only to regain it because of a solid review – I think (I can’t even remember). This isn’t just a love story between different worlds, there is A Twist and boy – hold onto your panties for that one! When does the twist happen? In the last forty pages out of the 250. Is it satisfying and/or satisfyingly explained? No. Are there any explanations for the behaviour of these Cool Guys and Girls? Barely. Is all this written in such a way that you understand that this is DEEP? Sadly, yes.

Boo, I hate such a severe disappointment. The twist could have done something, but I was browbeaten into absolutely passive not-caring long before that. Yes, I’m going to make a bad pun to finish this off: this trust exercise failed massively.

As mentioned before, am I right now enjoying a Kanopy-account as if whatever Netflix provides isn’t enough. I vaguely remembered this name as being good, maybe? Or interesting, possibly? But sometimes you can’t decide what you feel like and films like that fit the bill precisely.

As it is in Heaven is a Swedish film (so subtitles!) with a common trope: stranger moves or returns to small town, changes the lives of absolutely everybody. It has been done, it has been done well. In this case it’s definitely a ‘done well’. It seems like the writers took pleasure in steering towards cliches, only to avoid them at the last moment. Here no characterisation just for laughs or sadness, but all people that are recognisable as people opposed to ‘small town character number 5’. There’s no shying away from more serious subjects, and even though this is an ‘old’ (2004) film, it doesn’t feel outdated.

In all honesty, it surprised me how easy to watch it was, how genuine it all felt. The one thing that made me squint a little was the main couple; it felt like quite the age gap and I never care for those.

This had me feeling awfully tender; not solely because I recognise everything the main characters experience, but mostly because the camera never turns away. You never get a break from emotions, fights and awkwardness. 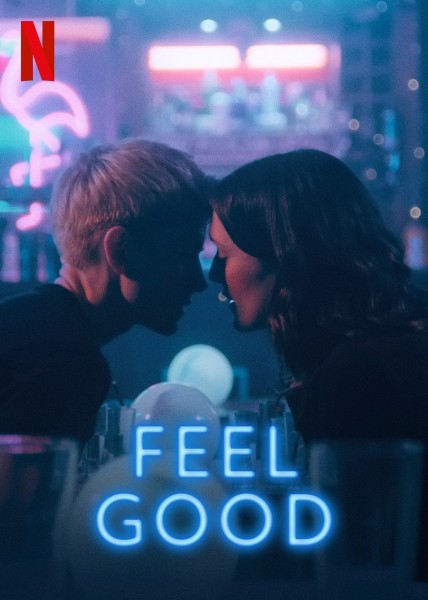 For a show that’s easy to summarise, it’s not easy to review. I liked it, a lot. The story of a young woman struggling with gender identity and addiction, romance and family and being a comedian in the way that Hannah Gadsby is one – way too honest. Protagonist and creator Mae Martin added (some) biographical elements to the show as well, which might another layer of discomfort.

It’s the lack of heaviness that just makes it all more genuine and heartfelt. No musical clues about how to feel, not a lot of explanatory dialogue, just Mae and her girlfriend stumbling through life while you try to get them into a different direction.

Still, it’s sweet, and funny. There’s not fanfare or shoulder-pats about showing and discussing Big Subjects – they just happen to be the elephants in the room that have to be discussed.

Maybe not for everybody, but definitely for those that are always interested in the human connection.

This is a story that begins with a barbecue,” said Clementine.

I think I don’t have to summarise this story if I’d tell you that this author is the one behind Big Little Lies as well and that she definitely carved out a spot for herself in the ‘What’s Really Happening Behind the Doors of Seemingly Happy Families’-niche. A niche I very much enjoy, so no negative comments there.

The negative comments here are solely plot related. When my thoughts turn to “this is filler, just give me the twist/clue”, the story is going on just a tad too long. If all that build-up leads to not that much, you need a stronger conclusion. Maybe that’s just the burden of reading so much that surprise is hard to find.

Because there’s nothing otherwise wrong with this story: it doesn’t pretend to provide something more than it offers. It’s entertaining, it fits the bill, it’s escapism.

And it might make you want to visit Sydney.

The feeling when a film is part of several genres and therefore part of none at all, or maybe something new. Colossal largely went under (my) radar, except for maybe a wayward comparison to Pacific Rim: both have huge monsters in Asian surroundings. Colossal is no Pacific Rim. 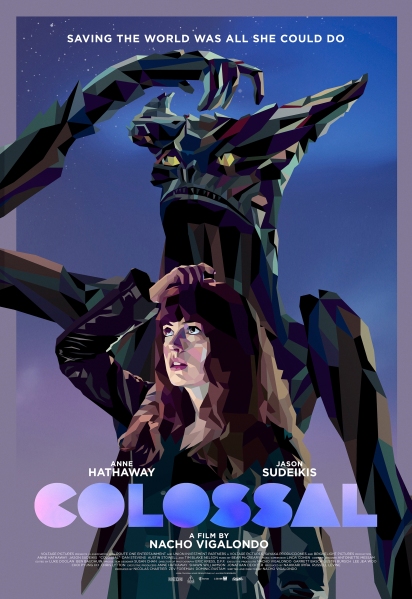 This summary might make it sound weirder than it seems, but what makes all this eerie is that it isn’t weird. Or well — it is, of course, but nothing in the cinematography or dialogue shows you that the film and the characters are in on the joke. This is a story about a barely functioning woman, and Anne Hathaway does it well without barely ever going overboard.

You can find Colossal on Netflix.

Francis Gleeson, tall and thin in his powder blue policeman’s uniform, stepped out of the sun and into the shadow of the stocky stone building that was the station house of the Forty-First Precinct.

I enjoy family stories. I’m quite the sucker for generational stories that sometimes are big and grand enough to be called family epics. It’s character based, sometimes with time and surroundings being an extra character, but simply about all the people involved (or some of them).

Ask Again, Yes shouldn’t be called epic. Maybe not even a family story. It somehow feels like it has picked the least exciting characters to hang the story up on, and then seems to just shrug about how they can’t carry whatever plot (points) they pass. Why not more information about the previous generation, their immigration, the world they moved into? Instead the reader gets childish stubbornness that never really gives any reason to warm up to it.

So, if you want the story of a family, and all of it, go for The Woo-Woo, or Run, Hide, Repeat or The Locals. They’ll give you something more enticing.

Great fun, a film about child abuse in the catholic church! And it’s based on true facts, yay! It’s a crude introduction to a subject one doesn’t enjoy thinking about, which was precisely the problem in this real life case: too many people shoving it under the carpet. 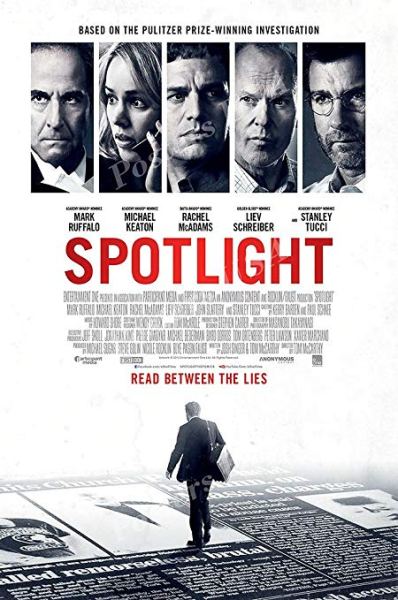 Even the Boston Globe, the newspaper that unearths the story and publishes it, isn’t free from blame. The catholic church is a powerful monolith, Boston is a catholic filled city, churches are everywhere. To stick to the theme: Goliath was easily found, but was David even going to show up?

Spotlight isn’t a quick, bright film, it shows how (research) journalism and a newspaper work(/used to work) and how much time such a thing takes. As a retired journalist it was bittersweet to watch, for those that don’t have that connection it might be a look behind the curtains of what so many people already view as history.

I watched it in two parts, you could even watch it in four if your life is so serialised. Either way, it’s a story worth remembering or discovering. Both for the subject and the process.

In no way does this film show that the origin is a (comic) book, at least not the kind you might expect from DC (Batman and his ilk). This is ‘just’ a movie about the Irish mob in New York’s Hell Kitchen at the end of the seventies. 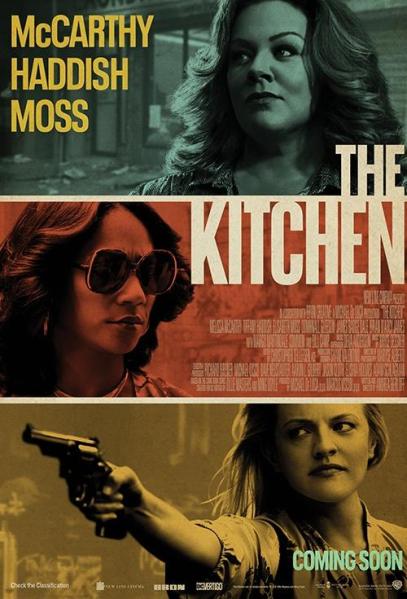 Three wives-of-mobsters are left hanging high and dry when their husbands are caught and imprisoned. The family doesn’t take as much care of them as expected either, so they decide to take matters in their own hands. And matters in this case are making money in less legal ways.

Not so surprisingly, this goes well, even better than the men that had started it. Other people, of course, are less than pleased by this, and some thing close to a hunt happens. So do dead bodies, but somehow The Kitchen never manages to add a sense of worry or urgency to all this. It all floats along; well-looking surroundings, okay soundtrack, okay dialogue. Any excitement? Not really. Why do I need to keep watching this movie, no matter how hard Melissa McCarthy is trying? Unsure, really. It’s all just there.